In the second season of LeBron James with the Los Angeles Lakers he leads this team on top. They are leading in the Western Conference with 34-8, 4.5 games ahead of the second-seeded Los Angeles Clippers. Lakers are second league-best behind the Milwaukee Bucks 39-6. The big reason was Anthony Davis which the Lakers acquired in a trade last offseason.

But there’s a lot of reason why the Lakers will came up short this season.

No depth on point guard position

Teams listed LeBron James as a point guard, his back up Rajon Rondo and Alex Caruso. First, James isn’t a point guard even he leads the team in assists with 10.9 per game second is Rajon Rondo with 5.4. The rest of them is a shooting guard, the spot-up shooter who’s waiting for LeBron’s pass. In playoffs, the rotation will be shortened, players feel the pressure to contribute. Opponents will make James be a scorer than a contributor. He will likely get burned, fatigue will catch him up rest of the series. If the Lakers failed to find another playmaker they’re unlikely to take it all.

Through 42 games, Anthony Davis missed just seven games, LeBron (2), Kyle Kuzma (9), Avery Bradly ( 14), and Rajon Rondo had 15. If the season gets deeper bodies tearing up with a lot of contacts. These Lakers players had a history of getting hurt. If one of their guys goes down, they surely become a bust.

Los Angeles Clippers had their numbers

Clippers up in the series with 2-0 lead the second one is the Lakers blow it up. Clippers had a number of talents that can beat LeBron James and the company. They are both nightmares on defense with Kawhi Leonard, Paul George, and Patrick Beverly securing the perimeter. These are premier talent defensively. They had bigs that can match up to Anthony Davis. Like of Ivica Zubac, Montrezl Harrell, Patrick Patterson, and Jamaychal Green. Offensively, Clippers had a weapon to makes fire the like of Leonard, George, and Lou Williams. Also, great role players who know what role they had. While on the Lakers, Kyle Kuzma yet to play a single playoff game together with Kentavious Caldwell Pope. Lakers third and fourth-leading scorer respectively.

NBA’s best Milwaukee Bucks with Giannis Antetokoumnpo is hungrier this time. They came up short last season but it adds fuels for the league MVP Antetokoumnpo. The Bucks are leading the league in scoring and top five in defense. They had four players scoring in double figures, with Brook Lopez leading the league in shot blocks. Giannis is second in scoring with 30.8 points with 12.8 rebounds per game. As a team, they are 11th in three-point percentage and first in rebounds. They get these numbers with limited minutes only Giannis playing 30 minutes per game. One of the deepest teams in the league which the Lakers hard to overcome. 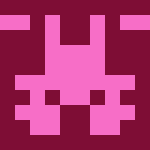 What if the Spurs traded Kawhi Leonard earlier

What if the Spurs traded Kawhi Leonard earlier