The Spurs veteran and a four time All-Star DeMar DeRozan appeared in a podcast with Shanon Sharpe and he mentioned that money isn’t an issue, all his focus is to win a championship. Prior to this interview, the 12-year veteran had been romured together with his former teammate and best friend Kyle Lowry, they’d expressed interest in playing with 17 times all-star LeBron James together with versatile Power Forward Anthony Davis for the Los Angeles Lakers. DeRozan also said that he is open to the possibility that he will be heading for his hometown. The Los Angeles Lakers have been the Nba bubbles champion lead by LeBron James and Anthony Davis, adding these two veterans could favor the LA’s odds of winning all the way. In San Antonio, DeRozan enjoyed a career year on which he averaged 20 points, five rebounds, and 5 dimes in two consecutive seasons. Both times the Spurs missed the postseason. Without DeMar DeRozan, the Spurs are likely to get into a rebuild with the current young roster while preserving their cap space. A possible sign and trade scenario is likely to be made after the draft night.

These changes could make some pretty surprises among the Spurs current roster who finished tenth last season that has been eliminated by the Memphis Grizzlies in the play-in. One of the great changes the team will focus on will be developing and trusting Dejounte Murray more who is behind with DeRozan on scoring after made 15.7 points per game, 7.1 rebounds, and 5.4 assists which is a career-high for the young and explosive point guard. With a limited range after 32% made from the arc, he’s not that efficient at the offensive end when DeRozan is handling the ball. He became a spot-up shooter which didn’t compliment his style. With his leadership and expanded role, he will likely make Spurs better as the season goes far. It will give him more confidence and freedom to play his type of game. Murray scoring will up to even 18 to 20 points per game with a better ball movement. While other young Spurs players like Lonnie Walker IV to be specific will have an increased role once DeRozan departs with the Spurs, being the fourth option when starting behind DeRozan, Murray, and Johnson, he still manages to average double figures in points. Walker was the third option if he’s coming off the bench behind Rudy Gay and Patty Mills. The Spurs run more isolation with these three veterans. The four-year guard has struggled this season but still scored a career-high against the Milwaukee Bucks for 31 points 15 points coming from the arc and 6 rebounds. Among all the Spurs young prospects, Lonnie Walker IV has the highest ceiling to be the best player on the team. He’s got a great handle with unbelievable athletic ability who loves to attack the rim while having a great touch outside of the paint. Same with Keldon Johnson who is gaining some confidence at the Olympics in Tokyo with the Team USA Men’s basketball.

Without the four-time All-Star, a great prospect named Devin Vassell could earn more playing time with the Spurs. As the Spurs’11th pick, last season he only averages 5 points per game for 17 minutes of playing time. With him having more playing time this could improve the Spurs shooting from the arc and could open more lanes to the paint for the Spurs slashers. With Vassell on the court, the defender is likely to stay with him as he is a threat from the rainbow. Spurs ball handlers will more likely have a chance to beat their defender one on one. These changes can also put Dejounte Murray and Derrick White to play as a starter, giving the team a better result with the ball movement.

Without paying a veteran for too much money, San Antonio Spurs could pay some big names on free agents that can answer their needs. The power forward position is the weakest link in the past years with the spurs. It was reported that they are highly interested in John Collins of the Atlanta Hawks and they could also make a run with the young Bulls forward Lauri Markannen who is actually in the market. These two players from the Eastern Conference had the potential to be one of the top stretched forwards. Plus they’re only 24 years old which is the same age as Murray, and other Spurs young prospects. Saving a lot of cap space the Spurs could also pay Lonnie Walker IV if the front office thinks he could be a part of the future spurs playoff run.

There’s a lot of opportunity coming with this bunch of young kids who showed great potential. Giving them a role with a lot of minutes could make them better. Without veterans playing, the oldest Spurs will be Derrick White which is only 27 years old. They can also give minutes to Luka Samanic, Tre Jones, and the arriving rookies that they can draft this year. This happened to Kawhi Leonard when the Spurs traded Richard Jefferson to give the rookie more minutes back in 2012. Same with Derrick White when Dejounte Murray went down in the preseason. A great opportunity and a trusting organization is the thing they need to highlight their worth in the team and to prove that they belong in this league and they can compete with the NBA Old guns. 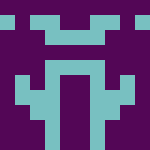