With Spurs playoffs, hopes look like in jeopardy they provided hope to continue for such streak. Against the team who pundits claim, that has a better future than the Spurs. With a player who said the Spurs can’t shoot. San Antonio finds its way to come back down by 13 in the third quarter. Led by LaMarcus Aldridge who came back after missing five games, with a spectacular from Derrick White and other bench players.

Even without Dejounte Murray who suffered a calf strain, the Spurs find their way to disrupt Dallas Mavericks superstar Luka Doncic. With Derrick White, as a primary defender Doncic throws 5 turnovers. Spurs guard proved this time that even he put big numbers the Spurs will get a win. There are moments that rookie Keldon Johnson guarding the All-Star. The rookie frustrates Doncic, which Johnson blocks a shot that resulted in a transition three.

The Spurs find a way to protect their lead that they just take it at the start of the final quarter. With Aldridge on the court, Krisptapz Porzingis just settled to have mine points far from the last game he played against San Antonio. Even with a lot of missed calls in favor of the Mavericks, the Spurs secured a 119-109 win.

“It’s still not feeling 100 percent, but I got through it and it definitely doesn’t feel all the way back for sure.” Aldridge about his injury. “I stayed with it tonight and I just kept shooting and things went well down the stretch for me.”

Popovich on the return of L. Aldridge: “He just kept shooting when he was open, which was great and he ended up hitting a couple of big ones for us.”

The Spurs just had one win in four tries against the Mavericks. They are still four games behind the Memphis Grizzlies.

Everybody wanted the game badly, they went after it and they took it. 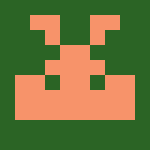 A Nets-Wizards trade that can dethrone the Lakers on top

A Nets-Wizards trade that can dethrone the Lakers on top

A blockbuster trade idea between the Warriors, Spurs, and Hornets