The Oklahoma City Thunder on their way to a rebuild exchanging players to young guns and future picks. With Paul George silently demanded a trade. After a surprising event, he went to the L.A. Clippers even he had a three-year left on his contract that he signed in the summer of 2018. Then Russell Westbrook traded to the Houston Rockets for an aging Chris Paul. There are rumors that Chris Paul will be traded soon. The Thunder announced that big man Steven Adams will be available for trade.

The Spurs are likely in need and thin in big man with only LaMarcus Aldridge and Jakob Poeltl playing valuable minutes. Aldridge had rumors in the past that he wants to return to Portland after his contract. It’s a great thing that Steven Adams could be a perfect fit for San Antonio. He is still young at 25 that played too many playoffs games.

The big man from New Zealand is a hard worker in the paint. Give his team edge inside, second-chance points, defensive rebounds, and toughness. He is too big to free his teammates if setting the screen. That was the Spurs need a man who can help them inside. A big man who can secure a rebound after a miss. The man who doesn’t demand the ball on his hands to make his impact on the court. The one who can do everything and follow Gregg Popovich’s command.

The only hurdle is the cost to get him is too much. The Spurs had the stability to keep their core in long years. Develop team chemistry and it’s hard to give up these guys who had full of potential. In a timeline of two or three years, they can be a bigger name in the league while winning.

Then the huge amount of contract was too much also. The flexibility to sign their core in the future will be limited. Adams had 3 years on his contract worth 25 million a year left.

The Spurs had a new general manager in name of Brian Wright but Gregg Popovich still commanding the team and he is the one in charge which one is needed. Will the Spurs likely to gamble or they can exchange a bargain for Adams as Thunder point guard is a former Spurs employee. 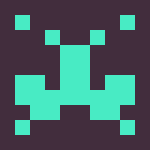